With the Paris Agreement, 192 countries agree to implement measures to prevent Earth warming up beyond 2°C on average by the end of the century. That’s the tolerance threshold to avoid a scenario of wild unpredictable catastrophe and chaos. Among the measures to cut down on greenhouse gases emissions, energy efficiency measures generate the highest benefits and spill-over effects. They can potentially:

However, about 68% of global energy uses remain unregulated by efficiency standards and the pace of new mandatory and voluntary policies is not accelerating enough! We owe current efficiency gains to policies of the past.

With the Climate & Energy Package, the EU has engaged its Member States to a binding target of +20% in energy efficiency (with respect to the business as usual scenario) to be achieved by 2020. Consequently, with the new Climate & Energy Framework, the target raises to +32.5% by 2030. By 2050, with Europe long-term strategy of carbon neutrality, energy efficiency and energy conservation will be top priorities at every level, in line with the “efficiency first” EU claim. 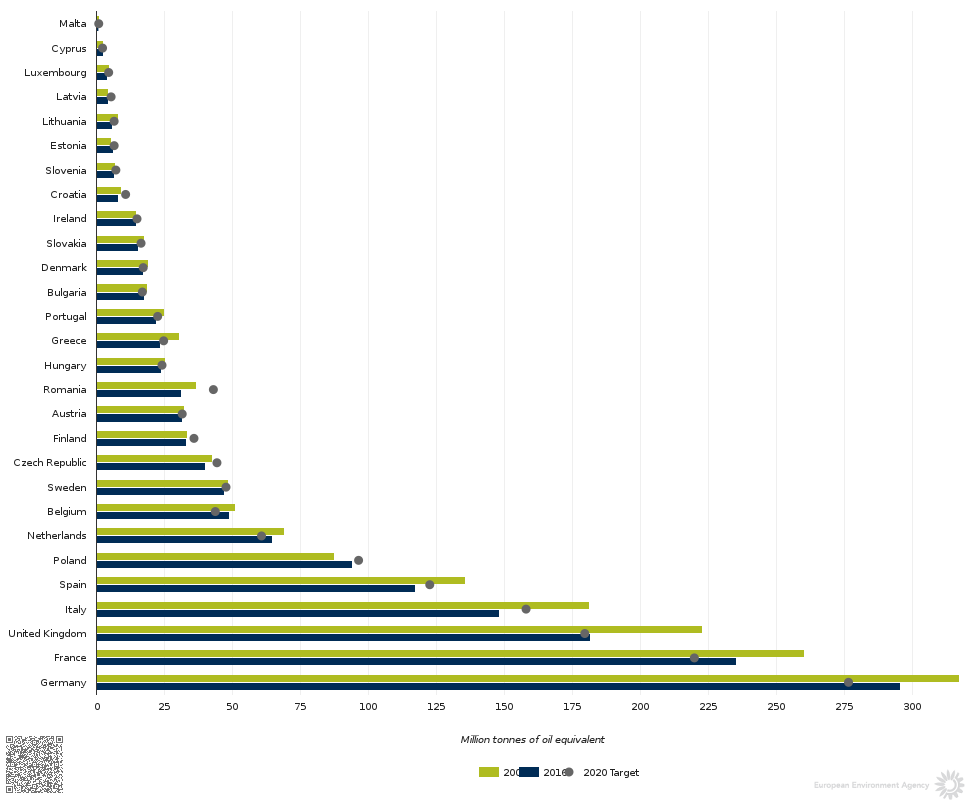 Ireland must be compliant with European targets and submit its National Energy Efficiency Action Plan (NEEAP) to report on tracking and improvements. How is it faring so far? Okay, but not enough.

Households, firms and the public sectors need clearer signals of credibility from the government in terms of conspicuous and more accessible incentive schemes – that will eventually more than repay in a short timeframe. Energy efficiency policies in Ireland are administered by SEAI.