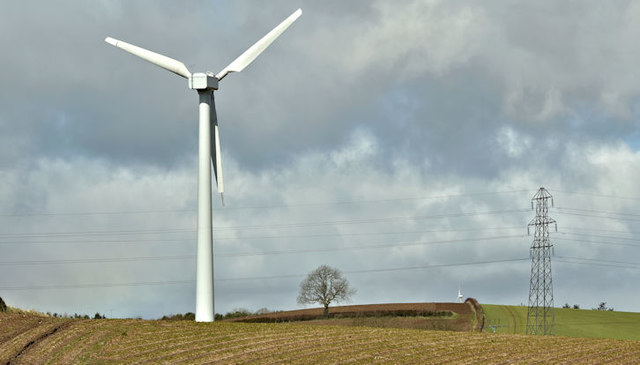 What is wind energy?

Wind energy is the kinetic energy of the wind around the earth. This is an indirect kind of solar energy: solar radiation absorbed into the atmosphere causes differences in temperature and pressure. As a result, the air masses move and accumulate kinetic energy.

A wind turbine is a system that converts this kinetic energy of the wind into electricity. Electricity produced this way is often referred to as wind energy.

The wind energy is a renewable energy that don’t emits greenhouse gas during its exploitation phase.

There is two different kind of wind energy exploitation:

Based on power they can be from 2 kilowatt (kW) to 8 megawatt (MW). For wind energy to be viable, the wind speed should be at least 5m/s average.

Based on the capacity and purpose, wind turbines can be:

A residential wind system is comprised of a turbine that has the capacity to produce enough electricity to power a house. The electricity for an average household can be supplied by a 5kW turbine, with a height of around 25m (80ft.) and a diameter of 5.5m (18ft.).

Wind turbines used to supply energy for a community or that are part of wind farms tend to be of higher power, usually over 100kW capacity. The turbines that comprise most of the wind farms are between 2MW and 5MW, but there are some of higher capacities.

What can be done when the wind is not blowing?

Wind and solar are renewable resources that this planet has to offer and, exploited in certain areas, they could provide the global requirement for energy in just a few hours. A problem with these resources is that they are intermittent.  However, there are solutions to this problem.

Wind turbines, just like solar systems, can use batteries to store the excess of energy from peak productions, energy that will be used later when the wind is not blowing or the sun is not shining.  This technology is not advanced enough to solve the problem on its own. Another solution is ‘net-metering’. In general terms this means using the electricity grid as a storage option. So, owners of a wind turbine can feed extra electricity generated during windy days into the electricity grid and then, on days with no wind, they use electricity from the grid.  The downside of this is that the grid supply is generally from power plants using fossil fuels.

What are the health impacts of a wind farm?

Two very debated health issues related to wind turbines are noise and shadow flicker. Although some may argue that noise from the turbines is significant and interferes with day to day life, many researchers combat this idea. It has been proven that the perceived noise from the turbines depends on the individual and how sensitive their hearing is. Furthermore, noise perception is directly linked with the person’s acceptance of the turbines. Those who are against wind development tend to be more annoyed by their presence than those who favour wind energy.

What are the environmental impacts of wind farms?

Many studies have discovered that, although wind farms are harmful to the wildlife, the impacts they have are less significant than those of fossil fuels. With proper studies of several areas, done before the approval of the project, the location of the wind farm can be chosen in the least harmful place, having little to no impact on wildlife or birds and their migratory patterns.