Home » “STOP THE STUDY” – Rising to a new Challenge

“STOP THE STUDY” – Rising to a new Challenge

At a most successful meeting in Glenfarne last Saturday, attended by over 120 people, the case for opposing the  so-called research study on fracking in Ireland coordinated by the EPA was made clear.  The meeting started with a number of speakers giving the case for concern.  This was followed by a panel discussion and plan of action. 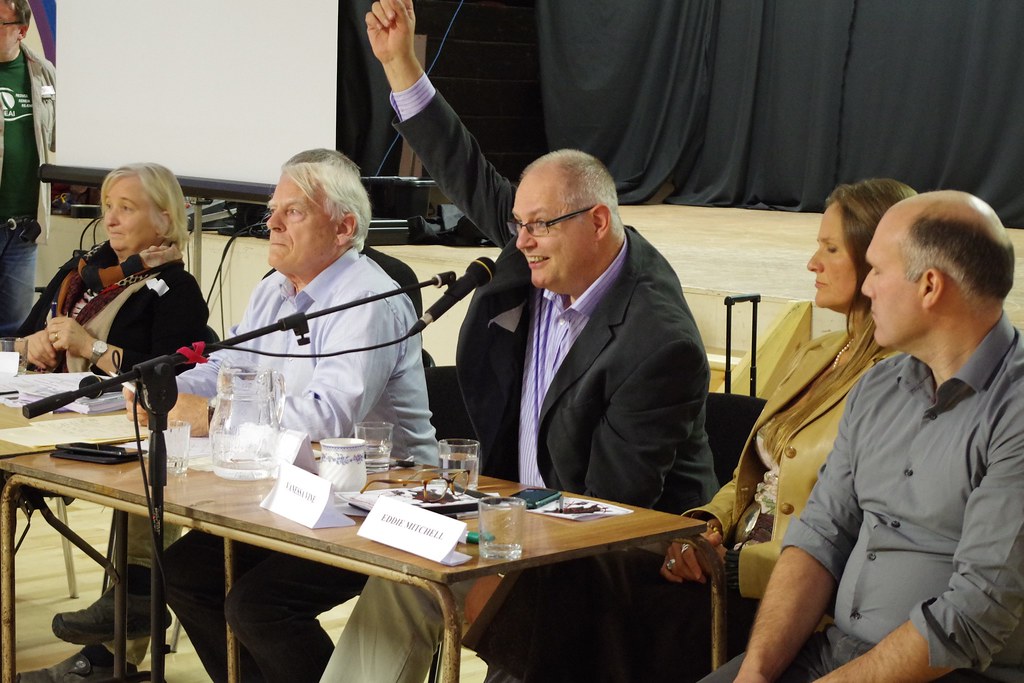 Dr Carroll O’Dolan, GP in Blacklion, living in Belcoo, County Fermanagh, member of FFAN (Fermanagh Frack Free Network).  Carroll gave an overview of the fracking industry, and spoke about what is now known of the Health Impacts of fracking.

Tom White, Engineer, member of Belcoo Frack Free, Love Leitrim and GEAI.  Tom discussed the volue of Freedom of Information (FOI) requests and what was discovered as a result of his work with FOI.

Vanessa Vine, member of Sussex No Fracking and BIFF (Britain and Ireland Frack Free).  Vanessa spoke about the UK experience and how government was colluding with the industry.

Dr Aedín McLoughlin, Director of GEAI and member of Environmental Pillar Steering Committee.  Aedín gave an account of what has been discovered regarding the EPA research study, how it has been taken over by the oil/gas industry and how there has been cover-up of the the near absence of independent research.

A summary of the main facts put before the meeting by Aedín McLoughlin include:

• The Research Study has been contracted to a group led by CDM Smith, a U.S. consultancy providing services to the oil and gas industry and former member of the Marcellus Shale Coalition.

• These two companies are developing the vast majority of the study, which is in essence a study being written by the industry for the industry.

• We were told that Irish Universities would have a major role, guaranteeing independence. Queen’s University Belfast (QUB) pulled out of the consortium in October 2014 and were never part of the research team (despite a Joint Oireachtas Committee (JOC) being informed otherwise by EPA in June 2015); UCD and University of Ulster (UU) have only minor roles to play. Serious questions must be asked in this regard.

• There is unacceptable secrecy surrounding this research. Interim reports are not being made public; no public participation is allowed before the final report is published; no independent external peer review is planned.

• THIS STUDY IS NOT INDEPENDENT YET IS PLANNED TO INFORM GOVERNMENT POLICY ON FRACKING. It is NOT focussed on policy but on process – it is not looking at whether Ireland should permit fracking; instead it is looking at how impacts of fracking can be mitigated by regulations. It is therefore not fit for purpose.

• Current plans (October) include the issuing of tenders for seismic tests and air and water monitoring in the NorthWest, on both sides of the border, setting up monitoring stations and providing valuable information to companies currently applying for exploration licences.

1. We call on Government, in particular the Minister for Environment and Minister for Energy, to direct the EPA to STOP THE STUDY related to the “Environmental Impacts of Unconventional Gas Exploration & Extraction (UGEE)” immediately and to cancel the issuing of supplementary tenders for on-the-ground seismic tests and other monitoring tasks relating to this work.

2. We call for a review of the health impacts of fracking that considers the findings of all relevant peer-reviewed studies and reports, based on the methodology of the NY State Health Commission Report (December 2014), to be carried out by the Chief Medical Officer, under the auspices of the HSE and the Department of Health.

A PUBLICITY EVENT will be organised to take place in Dublin, outside Leinster House, on Thursday 5th November at 12 noon.  The aim of this event is to raise our concerns with politicians and to put our demands before them.

For the next two weeks, an email and letter-writing campaign will take place targeted at specific TDs and Senators.