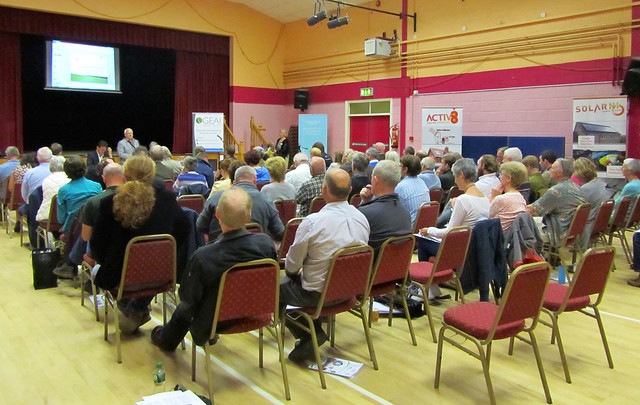 The event “Renewable Energies – Prosperous Communities” has been a success. Yesterday, almost 100 people gathered in Manorhamilton to take their energy future into their own hands. The main outcome of this pioneering event was the decision to develop a plan for community-owned renewable energy projects in North Leitrim. The event, organised by Good Energies Alliance Ireland and Love Leitrim was also intensively followed on social media and it was livestreamed globally.

Pauline Gallacher, Neilston Trust (Scotland), Eamon Ryan, Green Party leader, and Cormac Walsh, Energy Co-operatives Ireland, were the main speakers. Gallacher’s presentation was one of the most inspiring ones. “Use community-owned energy to stimulate ownership of the carbon emission reduction agenda and harness your own resources to build your own sustainable future”, she told to the Irish audience. 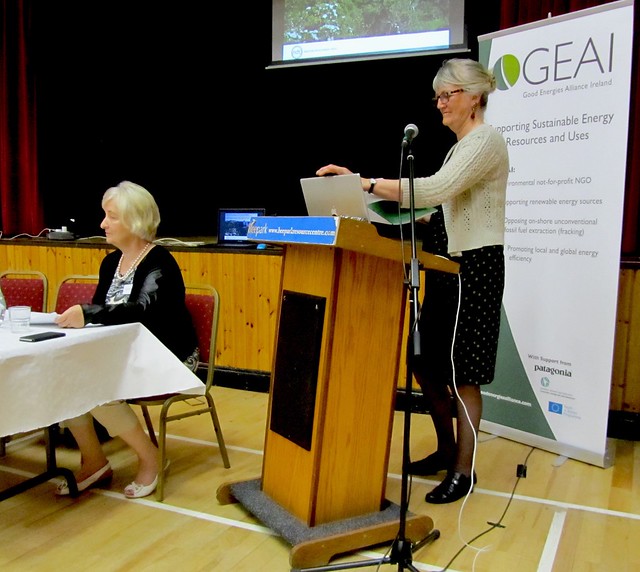 “Renewable Energies – Prosperous Communities” was aimed at raising awareness of the opportunities open to local communities to benefit from renewable energies, look at the potential to generate income and jobs for the community and identify local champions of renewable energy. During the day all the people attending had the chance to learn about successful community-owned experiences from Ireland and Scotland and also to raise every question, doubt and misunderstanding they might have had.

“We are delighted with the success of the event” GEAI director Aedín McLoughlin said at the end of this day of workshops and discussions. “It was great to see so many people , but this is only the first step of a bigger project. Renewables can be the source to re-energise rural communities, bringing jobs and income, and we want to replicate this event in many towns and villages across Ireland, providing sustainable alternatives for fossil fuels”, McLoughlin stated.

Thanks for the warm welcome to Leitrim and to your highly successful event. What wonderful potential for great things – and, as ever, it’s the people on the ground that will make them happen. Good luck – history will thank you for your efforts!